I've been following the Scottish independence referendum coverage with great interest, and incensing suspicion that they should vote "yes".

State of the Union 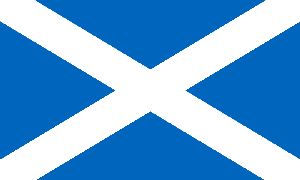 There are many, many, people from Tony Abbott to Obama weighing in on this, but its the No campaign, or maybe those trying to help it, that are making the biggest argument towards independence for Scotland I can think of. The central argument appears to run like this. "You cannna Keep the ______". Pound, BBC, NHS, Tunnocks Tea cakes etc. Is it just me or do British Institutions belong as much to the Scots as they do the English, Irish, Cornish or Welsh? Listening to the rhetoric you'd think they were colony allowed to use the Pound, watch the Beeb on sufferance.

Another way of putting it, either the union is a union of equals or its a franchise. Look at clubs, my old stomping ground of Brighton Sailing Club was a union of individuals banded together. But joining another sports club like a commercial Gym is a very different thing. One you have a proportionate level of control over the institution they other you don't. If the Union is a Union then the Scots own the pound, NHS etc as much as the English or the Welsh. It would seem perfectly reasonable for them to negotiate keeping it / them. If they just subscribing to the services of UK plc, then, well they can't have the pound or the BBC or the whatever.

Telling them what they can and can't do if they leave,is to my mind, and I suspect from the unceasing Yes numbers in the poles telling them they are subject to the UK not of the UK. To put it a third way. Are the Scots "leaving" or "breaking up" the Union? To the No campaign they are leaving, and if that's how the rest of the UK thinks of it. Then leave they should. Because there is no Union, if they are breaking the Union up. Then they are equal and valued partners and they should not vote for independence.

Oil is different, Unlike the BBC, or NHS or Pound its a Geographical factor.

Since Thatcher, whose legacy this directly is, Scotland has been on a divergent course. Its subject to a Government in Westminster its people have categorically rejected and regardless of the vote will be granted even greater autonomy after this anyway. The panic in Westminster is reaching fever pitch to give stuff to Scotland. This may be a good thing, its not just the Scots that are out of sync with Westminster, the Countryside and regional area's away from the South East  feel as disconnected as the Scots, but with out the channel or political machinery to express it. But fear of a yes vote scrabbling for sweeteners and increased devolution had better not come over as patronising, as I fear it may given Westminster's handing of the No campaign or it will backfire.

Incensed devolution for Scotland will in turn lead to more for Wales and the Regions (go Cornwall!) so if you want to Keep the union, then the UK should be thinking, now, before this vote is even settled about a more federation type structure. Its going to happen anyway, so better plan for it now.

To listen to some of the media* coverage you'd think the world was going to end, in a weeks time. People listen! Robert the Bruce and Mel Gibson are not sacking Carlisle! (that's the town not the actor), Hadrian's wall will not be instantly rebuilt. House prices will not plummet on the day after the referendum. Honestly? What the fuck is everyone going on about. The Scots are EU citizens, just because they may re arranged their relationship with Westminster does not mean they will be thrown to the wolves, invaded by Isas and annexed by Putin. For Christ's sake, of course and independent Scotland will be a member of the EU. "It could take 5 years". Of course it will take 5 years. The EU can't change a light bulb in 5 years. Separating Scotland and England will, if it happens, be done in a sane, considered way will take a lot longer than 5 years mate!

So if they do vote yes, then when the actual sovereignty hand over goes through, other EU states will still treat Scotland same as UK, people with Scottish accents' passports will still be accepted by Tony Abbott and Obama, even if they're old UK ones, the British Army will not have to put barbed wire across its bases to keep the Scots Guards and the Green Jackets apart. The remainder of the UK will not intern or deport Scotsmen or vice versa.

If you, the Scots feel that your voices are heard and you are British then well stay, if you feel your are not as equal or as valued as other parts of the UK then there is nothing there for you. And right now the rest of the UK is not convincing me that you are equals.

* Please note, I live in Australia and UK News websites etc feed me a Different Page to what you may be reading in the UK.

I'm not going to get over exited yet. But Opera 12 is now being fed an older version of Google's home page (like I care), howerver that will be the tip of the iceberg, don't get me wrong its nothing like as bad as trying to use internet explorer. I thought Sod it, I'll give new Opera a try, hell I hated version 15, but who knows, maybe they've fixed it.

I tried to hate it but it is noticeably quick. I've read years of incredibly dull browser comparisons, none of which make any noticeable difference in real life. Except of course internet explorer where it takes for ever to open, you start trying and address, then half way though it deletes your typing and takes you to MSN or asks a dozen fatuous question, and deletes the url you were typing again when your tying to get the hell away from MSN. F***k off M$ I don't want to go to MSN EVER, I'd rather read the daily f******* mail!

Ok so main stumbling block with New opera was old opera - it was properly good. Its main features of my liking were speed dial, password handling, and sync. Sync is the killer the holy grail the must have. It works! I have opera 12 open, one tried to see if the link to sync was open, but the clever little bugger managed to keep me singed in to facebook, neat! I'm impressed. Don't get me wrong the stinky password storage of other browsers has replaced the old yellow box I am used to - but it works. Oh just thought, does it do auto cookie delete on exit. I killed that, looking...

Oh yes "Keep local data only until I quit my browser" I'll have that. I'm going to assume that "local data" means HTML 5 storage as well as cookies. If any Luddite has got this far, you can't turn off cookies, cos that breaks too much, if you have them on then you have zero privacy, I can't do anything about the former, but I hate the latter, this way my cookies and HTML cream only stay for a few days at most,and are deleted. yay!

Ok so my Addons (Ghostery and Add Block Plus) just installed them selves, now I'm genuinely impressed. Well done Opera, give your selves a Coconut!

Ok so come tomorrow I'll click the link for opera 12, for a few months longer, cos well F4 and the sidebar are gone, for good I expect, and Opera 12's not dead quite yet, but when I do have to move It won't hurt so much, I can live with it. I've used Opera for as long as I've had broadband, yeah I remember Lynx*, and mosaic and I can remember Netscape Navigator on Solaris (I think it was Solaris) even Gopher. But looks like I won't have to file Opera with them as history for a few years more at least.

Give it a try: http://www.opera.com

* Ok I admit I will on occasion still use lynx if I cant get links...