I'm not a fan of Oracle - nice job on MySQL Larry Java's not gone too well since you bought it etc.

I'm not a fan of Larry Ellison, or his handling of the America's cup in fact I thought it was insane and he was a spoiled rich brat. Which is true.

The politics the cheating and the sheer insane cost of entry made it look like this AC was going to be the worst of a bad lot.

For those who haven't been following it and well until recently that was me, it goes something like usual. Money, Lawsuits, money lawsuits. Only this time with most teams dropping out cos it was way too expensive to compete. Oracle well they did they're best to buy their way to victory then they cheated in the preliminary mini ac 45s.

The America's cup is a boat on boat race between barristers, I mean the defender and the challenger. To find the challenger they have a regatta and the best boat goes through to face Orcacle Team USA (its not USA its got one yank left, the other was replaced by Sir Ben Ainslie, celebrated Pom yesterday)

This regatta was a Farce of monumental proportions, of the 3 remaining entrants, one had broken their boat and killed someone and the new boat wasn't finished. The first race was lost as Luna Rossa had rich man's tantrum and didn't enter. And so it proceeded only one boat was ready and actually able to race with any kind of dignity. The Kiwis, oh and they are REALLY Kiwis. Eventually all three teams did race. The boat that won every race usually by a country light year was a boat some Americans dubbed the "foiling tractor". 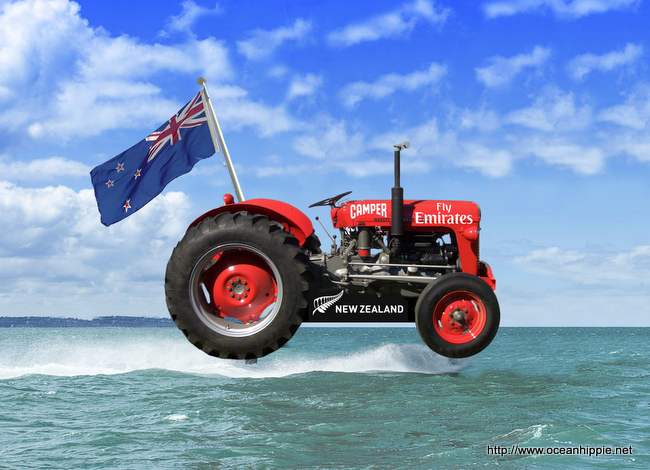 The foiling tractor has won 6 races so far (9 to win) and Team USA? (fuck no!) has won 1* go the foiling tractor. Hell one of them is 54 years old they had a much smaller budged than Team USA and they're giving Oracle a much deserved kicking.

* Due to being caught cheating in the AC 45's they've been docked 2 points so its MINUS 1 really.

P.S. I'm not certain - its a new server but my laptop runs a NON Oracle fork of MySQL, server too I think.

Droving Cattle - like in the westerns died out in the 60's, roads and road trains I assume. End of an era and all that. Right now in 2013 - call it 50 years later there's a drought in Far Western Queensland, the result is no grass, possibly exacerbated by the damage to the topsoil by the Queensland floods of a couple of years back. So some bright spark mustered his cattle and started driving his cattle east grazing them along the way like the old days. Apparently its all legal the old Droving routes are valid. Its caught on. Certainly in America there were issues with homesteaders and cattle droving, sounds like what ever agreement happened over here is still legal, 50 years of non-use doesn't seem to have invalidated. it. So this year there are men on horseback, with I've been told by someone coming though from Queensland with walky-talkines and high vis droving cattle again. A radio report on this I heard a few months back included an interview with a Queensland Farmer who's properties on the old drove routes commenting he was worried for is own stock - grass he'd thought of as his for a generation with a mob of someone else's cattle coming though. I'd love to have seen it. Please don't take this as Gospel, some of its conjecture - don't quote me on wikipiedia

Day of rest - Yachties will understand this, others may need an explanation. 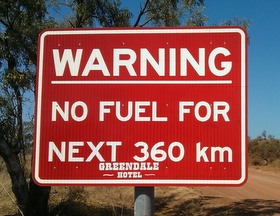 I have a long range Tank

In short I've fixed the gas lamp plugged my flat tire and done the laundry checked over the engine and tided up. + the normal chores I've pretty much given up on cleanliness. This is the outback.

Everything is covered in dust. The car is filthy, poor things not seen tarmac since Sunday (its Friday). I've managed to do some laundry - some more explanation required. Its clean as in it doesn't smell of sweaty pom. Not clean as in cheesy grin and laundry commercial. Seeing as it hasn't rained here for months and its 31 degrees in the shade, the dust is blowing through and sticking too it.

How to make cement. First take sereral hundred K's to really build up the dust, then drive through a river. Since this describes the last few days and my spare is under the car...... I had to beat it off with a tire iron just to get the wheel nuts on.

Yes I'm on holiday, no IT to fix out here. I've not had phone coverage since I left Mataranka. Feeling very pleasant, I may swim in the lovely thermal pool when I've done this. Look right look left no croc, swim. 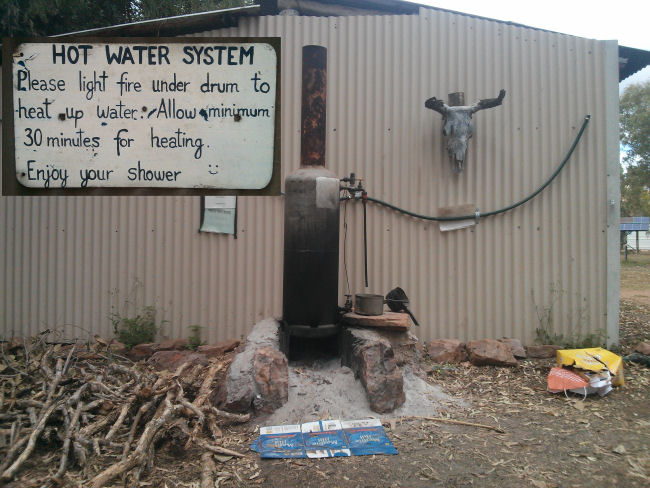 I've long ago mentioned a bucket list. I've singularly failed to convince any of my mates to come visit Darwin, your loss. But put the Outback on the list. So long as its dry season its harmless in a bring plenty of water and don't swim unless you know its croc free sort of way, If you can spend a bit of time acclimatising it will help. I am well aware that I was 18 before I experienced 30 degrees. It was the summer of 93 I'd just done my A-Levels and I was in Dorset.

Oh and you can tell by the Flies that its the outback. Swat. Not a place for mouth breathers.

I am trying to get away from work - that's what a holiday is about. The last day I took off after a big weekend working In Wadeye by 9 o'clock they were banging on my door (I'd turned the phone off). I've trained a collogue on that issue and hopefully it won't re-occur. I expect to reach phone coverage tomorrow either Cape Crawford or Boroloola probably has 3g. Its actually harder to get away in Darwin - 700+ km from Darwin I was stuck behind a Truck towing a UTE - I Client's Truck. another 150km further on sticking out of the bush next to a helicopter a generator with another client's logo on it. *sigh* how far do I have to go?

Hmm Yes. Dire straits - the boy can play I think the tracks called there's a line in it that goes "boroloola baby what I say" why a bunch of out of work Geordies would be singing about Boroloola I've no Idea, unfortunately its stuck in my had now. has been for days.

So in summary. Heat Flies, dust. See the Gallery for more photos. 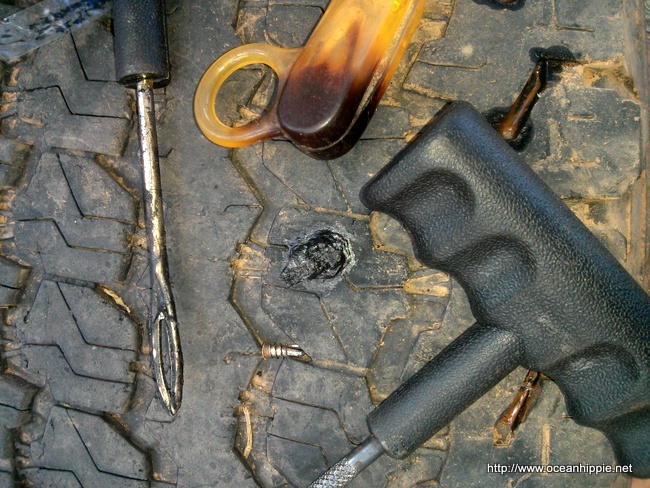 There I fixed it! Note the offending Screw wot done it.