Not waving but drowning. Woopy do, windows Vista was a steaming pile of dog turd. Ask the internet. Windows 7 is better and marvelous and windows is saved world is perfect.

First of let me say Boy is it Ugly I mean god damn. It looks like a cross between the 1980's fashions and a 1970 illuminated dance floor. Apple must have burst out laughing. Vista went for a fairly minimalist black. Windows 7 has gone for the transparency, blobs and "vibratent" colours. For virbrant read garish. Imagine you are a teenage drinker. Windows 7 is like trying to go online wilst drinking alchopops. Looks like your viewing the world through the bottom of a glass of WKD.

The loading screen they've gone for a sort of watery grave motif. Blue streaky background, looks like sunshining through water. Give the unpleasent sensation of drowning.

In summary. Main features Its has looks only a mother could love. Will take several years till old hardware has gone out of circualtion and it can be expected to work. Its interface is typical microsoft one window at a time plod. The nice thing about it is nobody will be scared of it, nothing has changed for the user it still works like widows 95, only the've cahnged the name of networking AGAIN, and moved the buttons around and renamed them. Not sure why. All the woderfull enhancemnts the nobby apple or linux  desktops provide like window pickers multiple workspaces etc are absent, even the silly eycandy wouldn't run for me no graphics card drivers. Its more of the same. But won't run on your hardware. Its another widowns shuffling the deckchairs routine. The Systray in the corner now has a feature to try and control the mess of shite that appreas there. Micosoft solution is to make a big menu to hide bits. Its rater like the treating the plage by painting over the spots. Likewise the start menu has alaways been a disasterious mess on windows. Unless you manualy organise it yourself. The Vista and 7 solution is the make it searchable rather than actually fix the problem like Apple Linux etc have done by stuctureing the menu so you can actually find things.

More of the same really. A problem worked around, again, is a problem deffered to the nextr version of windows. 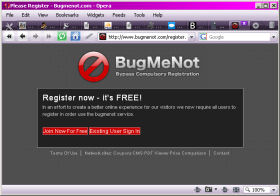 BugMeNot, Bug me not

Is an exelent website providing a list of passwords to free registration sites. You know the REALLY annoying ones that make you type spurious data, Michael Mouse and a one shot disposaable email address in to do anything. Well today (April the 1st) you have to Register to use their service.

Ha Ha very funny now give me a password to some shitty PHP scripts repository site so I can confirm it doesn't do what I want and go away and write my own.

I'm up to my usuall tricks again, I have just writern a script to parse GPS Exchange Format Files (.gpx) and stuff the trackpoints into a database for future use as Geotaging for photos and mapping.

Basicaly an electronic game of join the dots, 65000 dots. Now I wonder if I can parse the log book files of Max Sea?