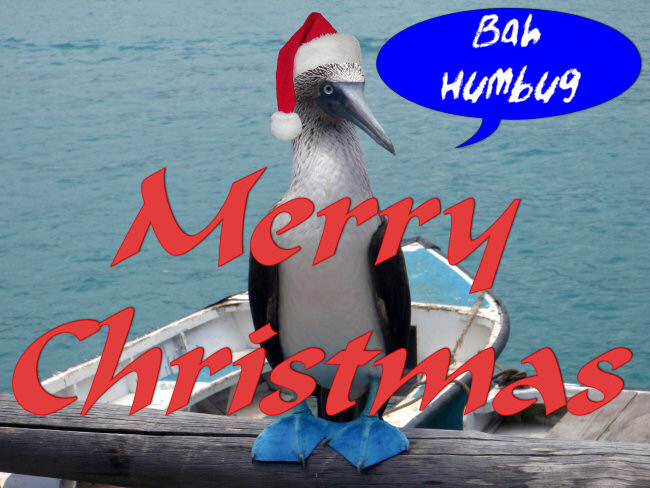 Being sick is no fun, I have the mother of all colds. This means I'm at Matt's and watching telly. Daytime telly. Did I mention the Oprah house. Not a typo. Oprah Winfrey is in Australia guess where she did her shows?

Thank god I missed that. Now let me describe Aussie telly. You've seen skippy? and Neighbours. They're the highlights. The rest is either sports, crappy morning shows that are blatant info- commercials and sport, oooh yeah lots of sport.

The rest they import, BBC, CH4 (not ITV, bad it might be but even the Ausie's aren't that desperate). Unfortunately they import American comedies. Why can't the American's be funny? Well obviously they can, but the "big" "famous" etc shows are not funny. If I have to listen to another laughter track that's screams like a raped cat when Charlie Sheen walks on screen in 2.5 men I will kill someone.


Another Aussie Prime Time import "That 70s Show"
WITHOUT the laughter track, laugh if you can

Its not funny just because you put a laughter track across the top of it, and what a laughter track. Some comedy shows have live audiences. Mock the Week, Have I got news for you etc. The people actually laugh. Some shows warm and audience up, play the TV show and record the Audience. Red Dwarf was part live audience part this method - obviously.

How the hell does two and a half men do it? I swear they record a CIA water boarding session and play it back over the characters walking around the set.

After buying Matt a plastic Owl as sea gul repellent for his boat. Obviously hiding it in the Shower so scare Mei was a bonus. Having posted this on Twitter and FB the immediate response was the posting of a Fast Show video (You Tube here), which had me in stitches. I have seen many funny clips posted on FB etc to illustrate a point but never Friends. That 70s show, the late show or two and a half braincells. I my self, despite the miserable snot fest that is my life, managed to cheer my self up. By looking up the Young Ones "Sick" and watching Nigel Planer in his dirty y-fronts with a bin liner on his head to contain the snot as Adrian Edmonson gives him acupuncture with 6 inch nails.

In pubs I and many others shout "I am the baby eating bishop of bath and wells","suits you" or "he's not the messiah he's a very naughty boy". To quite Not the Nine O'clock News "When ever 2 or more art gathered together they shall perform the dead parrot sketch" In 20 years time (or even now) do Americans wander round quoting two and a half men or that 70s show? I bet they don't.

How come (like the UK) Scrubs is on late night on an obscure channel, a genuinely funny, clever American sitcom. With I might add, no laughter track. While that 70s show is on prime time on mainstream telly? The Americans can be funny (my Name is Earl etc) but why two and a half men? A brief google will show I'm not alone in my laughter track hatred.

The Dampness of the Pants

I have lived at sea for years, climbed in and out of tenders for decades. I've never fallen in. I've capsized. Crashed racing dinghies, but fallen out no. Racing dinghies whilst wearing full wetsuit and harness ok. 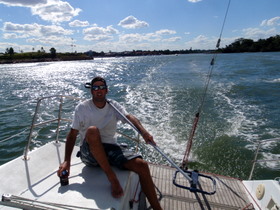 I sort of "fell in" off matt's f18 several times. Some I was pushed. Some the trapeze line broke. In hobie 16's I've broken trapeze lines too I don't even loose the boat on those though they're so slow you can grab on as you plummet.

Seriously, there are no marinas to speak of in the Pacific. Every where is a trip ashore by dinghy. I've never fallen in - till yesterday. Sunk yes, both in Sam's folding dinghy and "Jesus" Ornen's o'rrible dinghy. As you get older you get incontinent, I've not reached that stage yet, but despite that, my pants are damp. I've reached the age, 34-35 your muscles give up wave a little white flag of surrender and suddenly your in the drink swearing and trying to get the salt water out of your iPod touch.

And yes, if your asking, I was pissed, and carrying phone, camera, and iPod. They've spent the night in a sink full of fresh water and will be drying for a week.

In my defence, the dinghy I fell out of was a very leaky tinny, and half submerged, I had bailed some water out of it, but when I tried to move my weight around to get at the last bit, I rolled it and the stern sunk and over it rolled. Matt's done it before me so at least I'm not alone.

Oh and I've found out why Matt's boat is called "The Grip", its about as stable as my old rs600, and like the 600 it has wings. This gives it a large flat deck. When it heels wildly - which it does, the only way to hang on is to hook an arm over the side to the elbow also know as "The Grip".

they're coming right for me.... 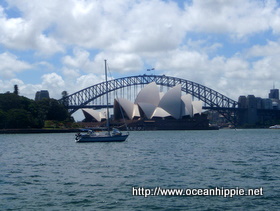 Simanderal at Anchor in Farm Bay

Just been down the Botanic gardens, mostly because it was a nice day, its a lovely spot and I know from their blog that Simanderal were anchored their last night.

They've (rather sensibly) decided its a nice spot and are still there.

I also heard today that Ramprasad, Sam's boat, the very same boat I did my first Ocean on, has pulled into the bay just north of Sydney.

Aqualuna is awaiting the riggers in Brisbane, so won't be here for a while. But its Master Chef Australia in Sydney this weekend. No I'm not going, but the sort of people who will probably want to buy quality oven proof non stick ground up gravel based frying pans. I do hope they do, my friends will be down from Port Maquarrie to sell said frying pans. Mind you Master Chef's unique blend of excitement and frying pan sailors has competition. Oprah is in the Opera house this weekend. Try typing that into your browser (opera) without getting confused when your dyslexic.

At Matt's again, turned up in the rain on Wednesday night, because he'd forgotten his wedding anniversary was Sunday  and he needed me to take his boat out and race. I didn't do very well. 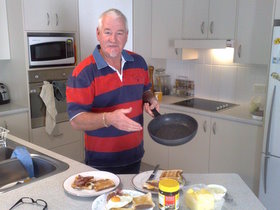 Anyway, I didn't hit anyone or sink. I'm calling it a win. I've also raised my yacht parking score by 33% I've now parked 6 times (possibly 5). Not bad huh? Wednesday night was wet but at least I got to re familiarise my self with the boat before being in charge on Sunday.

Didn't miss much I suspect, it rained all the way up from Melbourne pretty much, most of the area I went though is badly flooded now. Looking forward to seeing Al and Jack at the weekend.

Anyone desperate for a Stoneline Frying pan should call me and I make sure your order goes in.