Ok so its not actually dead yet, its zombified corpse has been lurching on for a decade or more. Don't get me wrong they've done well, they survived the dot com bubble, look at those around when it was young, AOL, Comcast, webcawler. Hell GOPHER was alive and well back them. All gone now, even hotmail. Dead.

In fact I've hand the same email address longer than pretty much anyone I can think of.The! Million! Dollar! Question! is how long can they survive? 16 years ago I paid them $20 US for POP* mail access, for a year, they forgot to charge me again for many years, before giving the feature away free. Since I use POP mail, and their server DNS names haven't changed in a decade + I've no idea what their homepage looks like. I've certainly never seen any advertiseing.  So lets assume the $20 they got off me in 2000 is the only revenue I've ever generated for them. They must die soon. Yahoo Messenger, dead and gone, yahoo! groups - I'd forgoten about them, my mates who had yahoo emails have all gone to gmail. It Yahoo! gave up on its its own search results a decade or more back.

I'm going to have to face it one day my free POP mail will either cease or be bought up in a firesale by cretins, venture capitalists, asset strippers or B%$^dy Micro B%$^y Soft.

So its time to make like a boy scout, and be prepared to relinquish my @yahoo.com before the crisis comes around. I long ago moved to running my own IMAP server and pulling down yahoo to my own server, but I've also seen how hard it is to manage your own web email reputation these days, so better start using the at oceanhippie.net addresses, wear it in if you like, setup and air the SPF, DKIM records. So if you email me I'll probably reply from my at0ceanhippie dot net address from now on. Don't worry Yahoo still works. 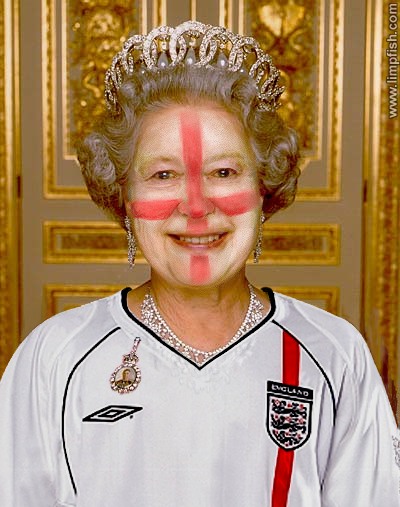 Right: after some facebook embarrassment: I am like the queen*, I have a real birthday and a fake birthday. For some reason facebook had my real birthday, this is an oversight, the whole reason for having fake birthday is for people like facebook. I remember now why; its from my last travels, every time I changed country I had to put it in to prove my me-ness. In answer to your questions no, facebook does not have my phone number either.

I have a policy on facebook, I don't let it publish my birth date, for obvious reasons its a F&^%^ING SECURITY QUESTION, and in my case a lie, its embarrassing when all of facebook wished me happy birthday when it wasn't.

Part two of the policy is that I am crap, I know it, if I don't know your birthdays and facebook reminds me I usually don't wish you happy birthday. Sorry, but I forgot, being reminded by facebook seems disingenuous to me, sorry I know everyone else doesn't think like that. Please don't think Its criticism.

However this leads to awkwardness. According to facebook there are multiple birthdays on the same day (the date of this post has been faked to protect the innocents security questions). I wished one of them Happy Birthday, lets call him Cat Man, because I genuinely remembered his birthday. I haven't wished a Greek fella I know happy birthday cos I'd forgotten, like wise Biker Dog Man - Sorry.

Damn this is complicated. Ironically I could get away with disingenuous murder. Many of my facebook friends are in the UK, and I'm many hours ahead. Facebook reminds me of your birthdays the evening before, your time.

I do love you, and for your own protection I advise you turn off facebook sharing your birthday, in fact make a fake one for online use. That way when, not if, it leaks it won't threaten your internet backing. Secondly many people will remember your birthday anyway, as they did mine. and more to the point I won't feel guilty that I forgot your birthday.

Plus its awesome when facebook targets you with ads for Saga Holidays cos it thinks your an OAP.

Who owns the Internet?

OK I still have some residual guilt over my recent militant ad blocking on the internet. To that end I keep reading up on it. 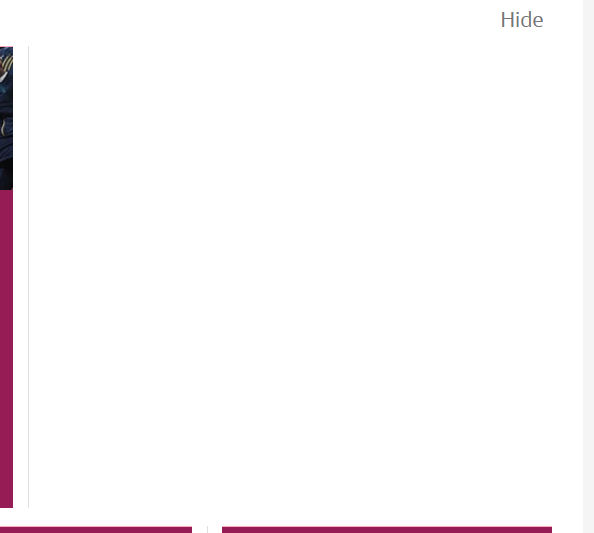 Guilt is maybe not the right feeling. Sympathy is. I keep using the Guardian newspaper as an example. Its clear they're making next to no money from advertising, meanwhile others, with either no content, brokers, google* etc etc or with dubious or pirated content, outbrain, google (again), clickbait are minted. This is hardly my fault. So guilt that I'm running very effective, ad, script, flash blockers really shouldn't exist.

I am used to what I call the "digital divide" between those who use tech, I.E. everyone one, and people like my self who understand and can control it. I always thought the internet belonged to us techies, and in a way it does, as the years go on and more money and more drivel is plowed in and it became commercialised I find it harder and harder to keep up that feeling. Still the net does belong to us techies. We still have power, we were on it before the advertisers, hell before google, its not up to the late comers to define our behavior.

Ultimately I'm not like the wolves, I don't feel the need to pipe other peoples content through tricks and false links for money. Neither will I be a sheep, I will use the net as if it was a free place where everything is run by hippies who don't charge. The extent of the government wolves was exposed by Snowden the lengths to which commercial wolves go is relatively well known. I've just grasped how many rogue wolves there are in the advertising sector.

So I am publicly saying, fuck 'em, I'll block, lie, and cheat and encrypt my way around the net, I will not let my scruples and residual guilt get in the way, its clear nobody with power or influence online is going to step up and protect me, my privacy or content creators. Government intervention against the ad industry is not going to happen, for two reasons, one google has a massive lobbying budget and two, it would look like censorship. Which would be a bad thing.

The only way to deal with this is at a personal level. The net belongs to us the users, its up to us to define the standards of behavior online. Its the wild west out there with great freedom comes danger. The net is where naughty people can still get around, its meant to be like that. In the old days the naughty people wore black t-shirts and lived with their mum. Now its large corporations and bloke-who-lives-with-his-mum who are the bad guys, they are making a killing. Out of advising money, privacy violation and tracking. Block, lie, cheat and obviscate is the only choice we have.

Did you know about:

Don't feel guilty about it, the more damage done to the current online ad regime, which is rotten top to bottom, the better. And if you were wondering about the illustration, its a blank hole where an ad used to be.

Grrr, sometime over xmass, outbrain managed to embed its self into both the Guardian and NT news mobile sites. In both cases it tricked me into clicking it.I thought I was getting and interesting article form a kosha site, instead I'm tricked into going to an external site. To all intensive purposes this is as scam. The scam works something like this.

In reality this is all bollocks, I clicked it by accident thinking it was something else. As soon as I realised my mistake I hit back, didn't see the sub page is adds, or at least I can't remember them. But outbrain will claim that a middle class fella followed one of their links to their customers page. This setup only works because the shite pages's advertisers are being scammed. They're paying more money to the shite scam site than it is paying to outbrain for the the traffic, in turn outbrain must be paying less to the Guardian for its adds.

Isn't this nice we've got at least 3 players here, outbrain, the Guardian, and shite site (dot com). Only one is making meaningful content, the Guardian, the other two are parasites. The only way that this can work is if outbrian and the scam site are making money. Most of the pie is not going to the content creator. 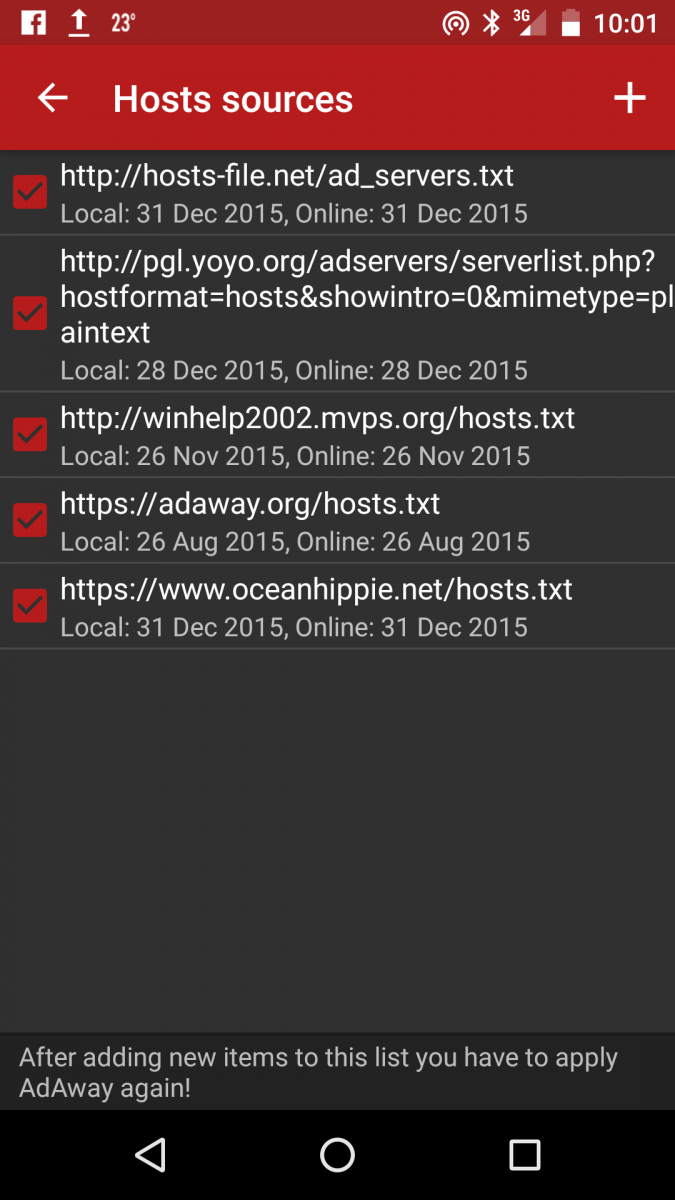 Meanwhile the Guardian is putting up banners on my desktop (this is all on mobile) saying I'm using and add blocker  and taking their money. I'm reminded of the one about the banker the worker, the immigrant and the 20 cookies. The banker takes 19 of the cookies and says to the worker, lookout the Immigrant is going to take your cookie.

I'm really sorry about the crumbs the Guardians getting, but I'm not prepared to live with Outbrain anymore, I'm a geek for gods sake, I shouldn't have to put up with this! Problem One, I have an android phone. Android's made by google google is the worlds largest advertising company ad blocking is NOT repeat NOT part of Googles plan. Problem Two, the internet add industry is dodgy has hell, even the add blockers are advertising funded yes, addblock plus accepts money from advertisers not to block their adds. And yes that's another advertising dollar that didn't make it to the Guardian's journalists.

I had to root my phone, which involves wipeing it and then i still have outbrain. In the end I have done it - obviously, I do actually recommend AdAway - I've always prefer KISS keep it simple stupid, and my hosts has always contained tons of overrides. Still does. For those who don't know what a hosts file is, its a list of ip address and domain names stored on you device that overrides the internet system. E.G.

in your hosts file will make your device think widgets.outbrain.com is your local device, thus saving you bandwith and preventing it from loading. Simples! The problem I got was AdAway didn't contain outbrain in the hosts file. I tried editing said hosts file, but failed and decided AdAway would just override it any way so I've writern a AdAway block file of my own its https://www.oceanhippie.net/hosts.txt - feel free to reference it, I intend to update it from time to time when stuff irritates me.

No I have no idea what "reporting.tvlicensing.co.uk" is or does, I caught my computer calling it and decided I wasn't interested in participating in whatever it does.

Please read this article, its good, tells you how web advertising really works. Pixelated faces and crime all round. http://www.bloomberg.com/features/2015-click-fraud/

image below sourced from bloomberg artical: